The Byron Airport Habitat Management Land (HML) is a conservation easement comprised of 814 acres in southeastern Contra Costa County. The HML is closed to the general public and is a potential habitat to various species of plants and animals; some of which are special-status species. Examples of special-status species that have been observed on the HML since 1990 include the burrowing owl, California red-legged frog, vernal pool fairy shrimp and California tiger salamander. Other special-status species that may inhabit the HML include the American badger, western pond turtle, tri-colored black bird, white-tailed kite, northern harrier and ferruginous hawk.

The HML is situated in rolling terrain with low hills and ridges and varies from gently sloping to virtually level intervening lowlands. It consists primarily of a mosaic of annual grasslands and alkali grassland habitats. Natural seasonal wetlands, alkali wetlands, and vernal pools are present throughout the HML.

Management of the HML

Contra Costa County Airports staff manages the Habitat Management Lands according to the Byron Airport HML Management Plan, which was last updated in February, 2014. The Management Plan includes contracting with a Range Manager, who frequents the HML to report on habitat conditions and to monitor cattle grazing, which is conducted via pasture leases with the County Airports.

Airports staff also contracts with a wildlife biologist, who provides on-call services such as a biennial visit to monitor special-status species habitat and use of the HML. The wildlife biologist also provides the every-fifth-year San Joaquin kit fox and California tiger salamander surveys to monitor the species' presence on the HML and make any necessary recommendations for habitat management. For information on contracting with Contra Costa County Airports for the Range Manager or Wildlife Biologist positions, or for information on grazing leases on the HML, please email us. 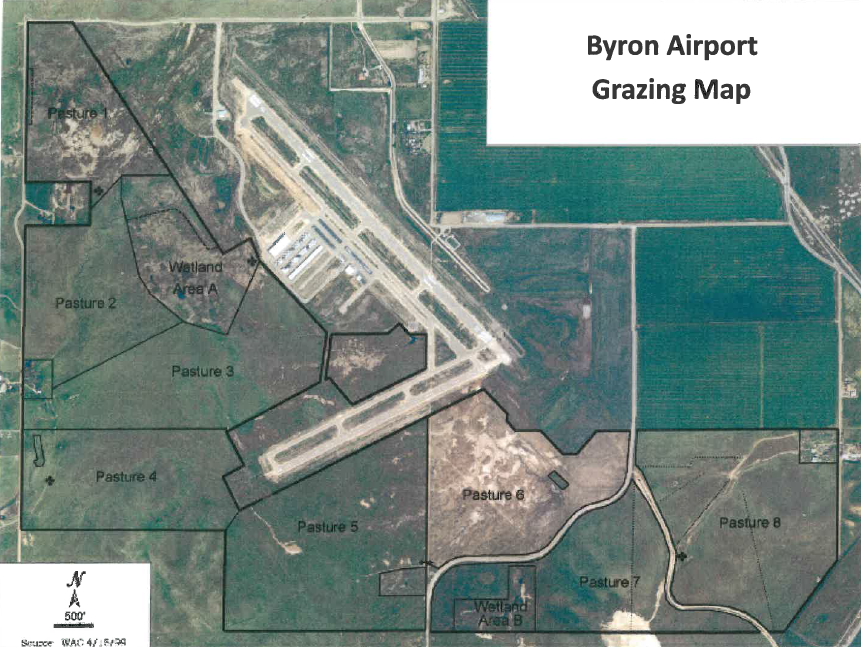