Past exhibitions include NIAD (National Institute of Art and Disabilities), in Richmond (District 1); The Lamorinda Arts Alliance and Scene on the Strait artists (District 2); the Brentwood Arts Commission (District 3); the California Watercolor Association and the Gallery Concord, in Walnut Creek and Concord (District 4); the Pittsburg Arts Collaborative (District 5), and many others. 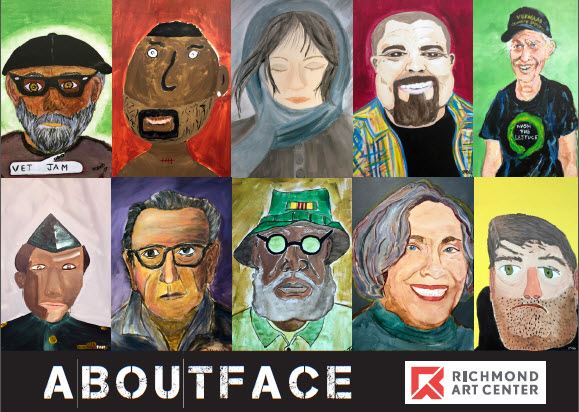 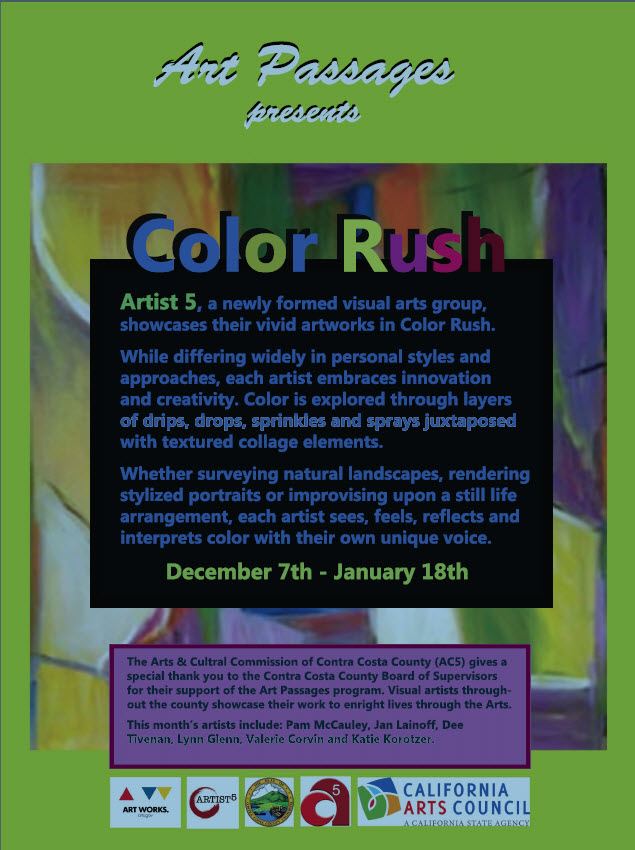 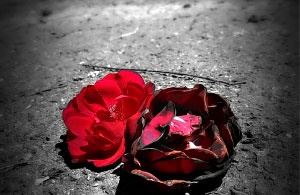 May is Mental Health Awareness Month

See Me for Who I Am

The Contra Costa County Board of Supervisors, the Mental Health Commission and Behavioral Health Services, Office for Consumer Empowerment, invited participants to reduce stigma and discrimination in communities through the PhotoVoice Empowerment project. 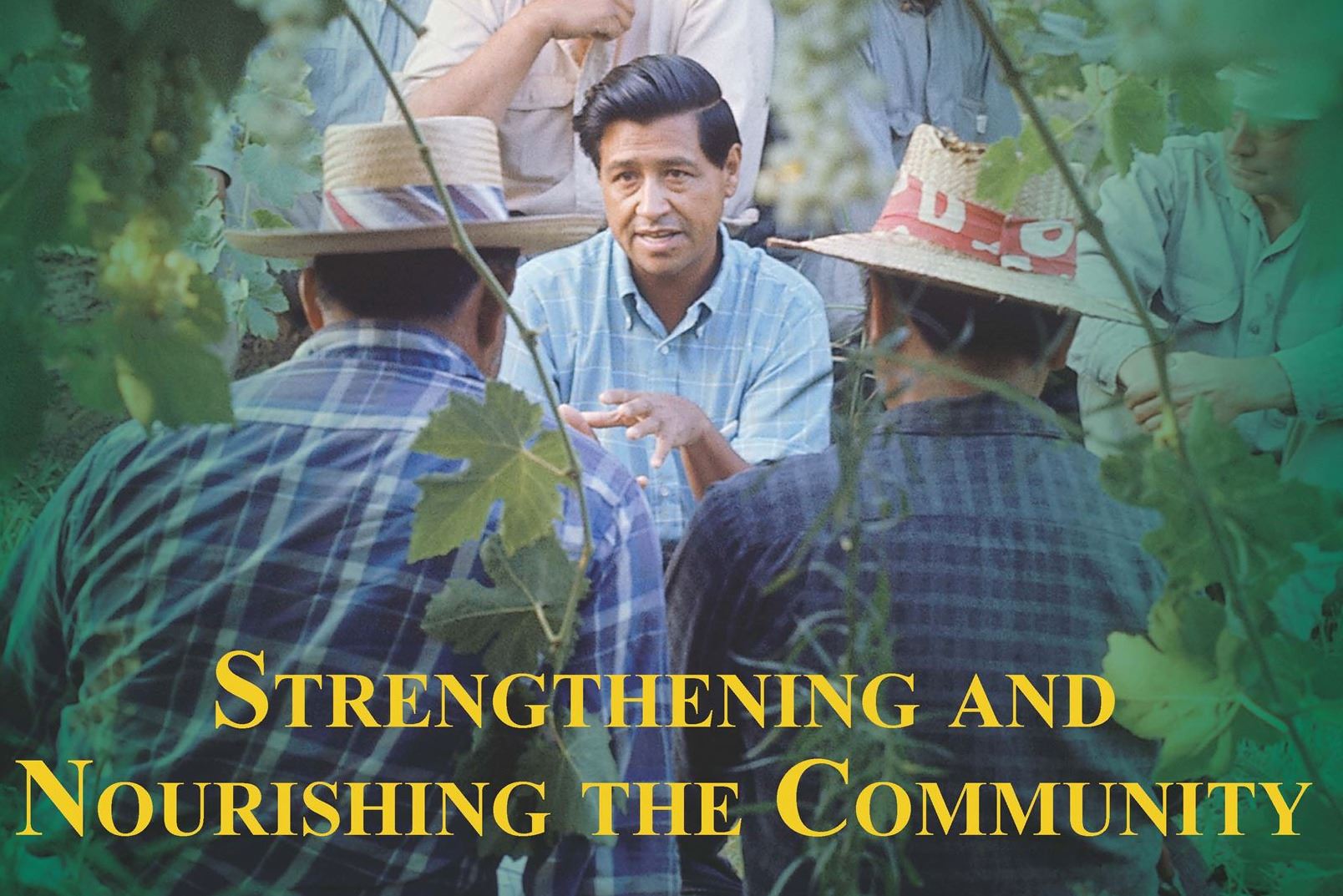 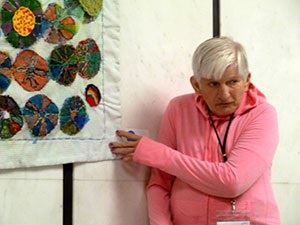 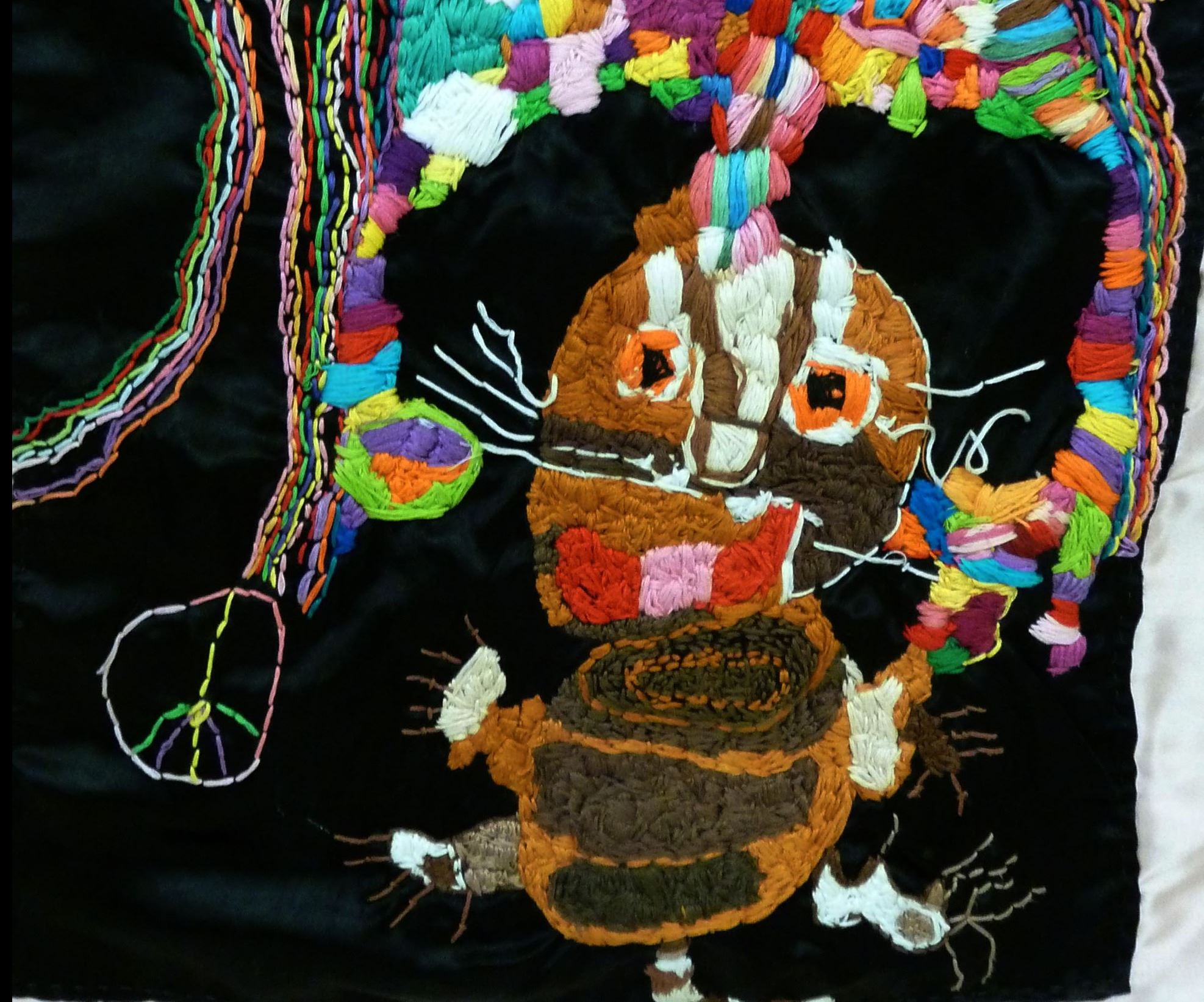 Located in Richmond for more than 30 years, NIAD Art Center is a progressive studio program that assists artists with developmental or physical disabilities in creating art. The Art Center fosters creative expression, independence, dignity and community integration. Their artists’ has been shown in contemporary art galleries, museums and public buildings in the Bay Area and around the world. 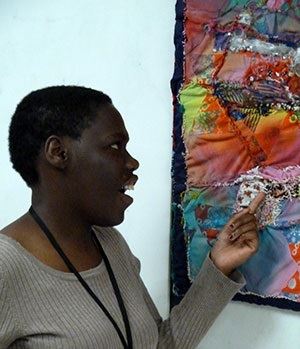 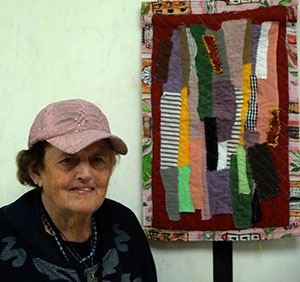 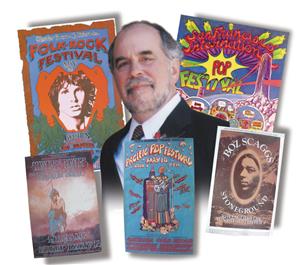 Included in this show were poster prints from many memorable rock events held at UC Berkeley, UC Davis and many held in Contra Costa County from 1967-1974; including the Rheem Theater in Orinda, Contra Costa County Fairgrounds in Antioch and the Concord Armory – where Fleetwood Mac, Tower of Power and Jerry Garcia once took the stage. Part of the historic archive is the Folk-Rock Festival poster, which is included in the Rock and Roll Hall of Fame Traveling Tour.

Morris is bringing the 60’s and 70’s back through a special-edition Contra Costa County Rock History boxed set. “What’s really fun about the renaissance of my work is I’m able to go back into broken-up, torn, shredded, even smoke-stained prints, and we have hi-res scans that I can spend time – sometimes hours – touching up, correcting them and making them perfect,” say Morris. 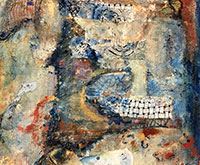 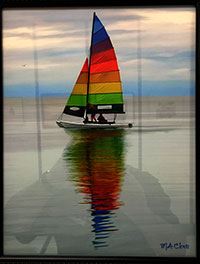 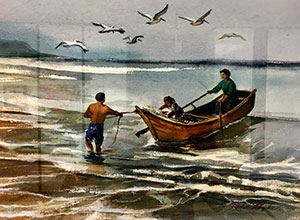 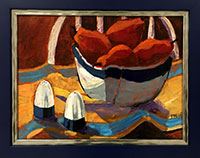 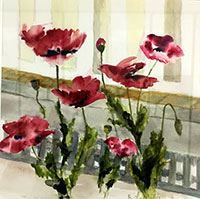 Featuring artists from the Lamorinda Arts Alliance. The inspiration for the exhibit is Northern California summers: our golden hills, beautiful bays, flora and fauna. We hope you enjoy this reminder of the beauty all around us.

The Lamorinda Arts Alliance was founded in 1994. It is an organization of local artists and friends with approximately 150 members. Our purpose is to promote art through education, service and exhibitions. 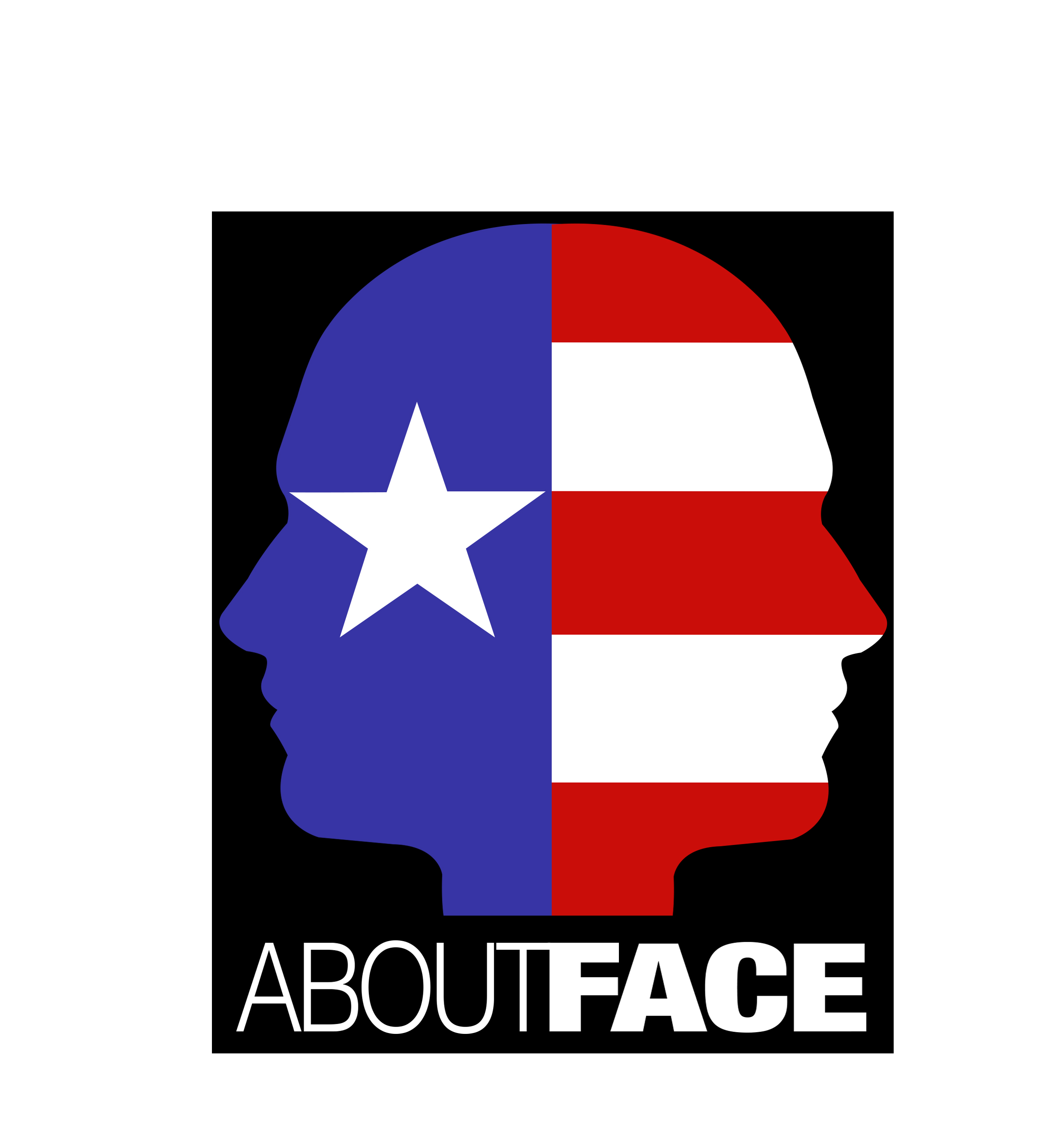 The Arts and Culture Commission of Contra Costa County and the County Veterans Service Office has sponsored a program for veterans to paint self-portraits. Called ABOUTFACE, the program helped veterans gain confidence and enhance their creativity. As you view these self-portraits our hope is that you will become aware of each veteran’s unique story. The paintings were done by veterans living in Contra Costa County during a series of workshops offered in late 2015 and early 2016.

ABOUTFACE workshops were based on the belief that individuals have the capacity to heal themselves and improve their ability to function in civilian life. The workshops require self-reflection from the participating veteran. During the workshops veterans learned acrylic painting techniques that allowed them to express their feelings by visualizing, painting on large canvases and telling their stories. We hope you gain a deeper insight into the unique stories of these veterans as you experience this show. 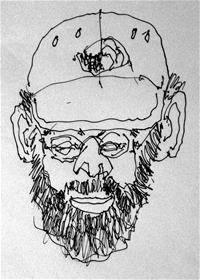 The Art if Living Black

The Richmond Art Center is proud to host the only annual exhibition in the Bay Area to exclusively feature regional artists of African descent. In celebration of their 20th year, exhibitions will include galleries outside Richmond, including Art Passages in the County Administration Building.

The Art of Living Black was founded 20 years ago by the late sculptor Jan Hart-Schuyers and late painter Rae Louise Hayward after their realization that black artists were not being represented by galleries in any significant way.

This year’s exhibitions will showcase a broad range of works by more than 60 artists from throughout the Bay Area.The Art of Living Black features 60 artists, and continues a long term partnership, with the Richmond Art Center, to bring a richness and diversity of creative expression to the Bay Area. We are pleased that the Art & Culture Commission of Contra Costa County, has elected to include our organization among its partnerships.

November 2015
An Ordinary Year, An Extraordinary Time A historical photography exhibit ran from October 8 to November 18, 2015. The exhibit included more than sixty photographs portraying the images of ordinary soldiers, ordinary villagers and ordinary children trying to get through each day during an extraordinary conflict.

The photographs covered a 12 month experience in Vietnam shared by 500,000 American soldiers from June 1968 to June 1969.  These images had been selected from more than 4,000 photos taken by Steven Burchik, an infantryman, while serving as a sergeant with the 1st Infantry Division.

This exhibit provided the backdrop for a special ceremony Tuesday, November 10th, when the County Board of Supervisors hosted their annual Veterans Day Ceremony in the board chambers. This year’s ceremony paid special tribute to Vietnam veterans since 2015, marks the 50th anniversary of the official start of the Vietnam War, when US ground troops were sent to the conflict.  It also marks the 40th anniversary of the end of the Vietnam War.

Victoria Alvarado was born and raised in San Francisco. Her father emigrated from Mexico and her mother from Nicaragua. During the 1940’s and 1950’s both of her parents were social activists and involved in San Francisco’s labor movement, thus, Alvarado inherited a social consciousness from her parents.

Alvarado began this project in 2001 by researching and selecting fifty Latina women in various fields throughout California who were making significant contributions to their communities. The final project was expanded to include seventy-two women. Some of these women are well known while others are more obscure. These women are role models for the next generation of youth.

After completing two courses in photography, and beginning the project at the age of 65 years, for two years Alvarado traveled throughout California photographing with a 35mm camera, which is unusual for portraiture, while using available lighting. She was actively involved in directing her subjects, not unlike a film director. The photographs were originally printed as gelatin silver prints and reprinted as digital prints. The project was financed by the photographer, individuals and supporting companies.

These photographs transcend the mere document and are more than a record. Because of the power of Alvarado’s message, it is easy to overlook the inherent beauty and uniqueness of each of these portraits where thoughtful composition, selective lighting and the subject all coalesce into photography as art.