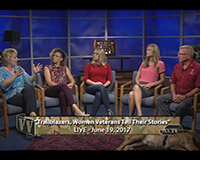 Trailblazers, Women Veterans Tell Their Stories, broadcast June 19th, 2017
Women who serve our country often face a unique set of challenges while in the military and when they transition to civilian life. This episode discusses the outdated assumptions or misguided questions about their service. 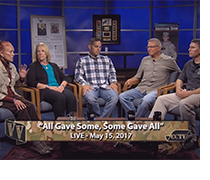 All Gave Some, Some Gave All, broadcast May 15th, 2017
All Gave Some Some Gave All: Parents and veterans share what Memorial Day means to them and how they honor the fallen during the holiday. Guests include local Blue Star Moms and Gold Star Parents. 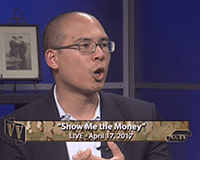 Show Me the Money, broadcast April 17th, 2017
Financial experts give advice on how to prepare financially for the future and discuss some of the common hardships that veterans experience and how to avoid them. 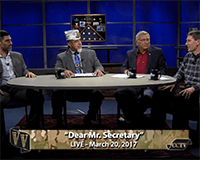 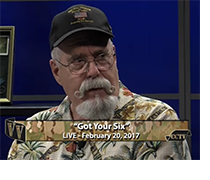 I Got Your Six, broadcast February 20th, 2017
This months episode delves into the topic of relationships during and after service. 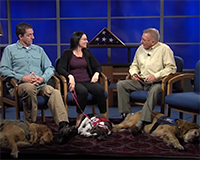 Service Animals, broadcast January 16th, 2017
We explore the difference between Service Animals and Companion Animals with insight from animal trainers, organization leaders and veterans with pets. We also highlight local and national resources for adoption and training. 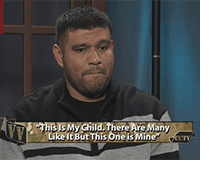 This is My Child, There are Many Like It but This One is Mine, broadcast December 19th, 2016
This episode features themes of child development and parenting as a veteran are explored. Author Vincent Vargas joins via Skype to discuss his children's book about military parents. 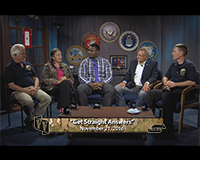 Get Straight Answers, broadcast November 21st, 2016
This episode addresses questions and concerns around getting veterans benefits. Our expert panel gives straight answers about eligibility for these valuable benefits and dispels myths around compensation. 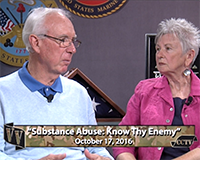 Tools and resources are offered to identify when someone needs help and how to find them help. Guests shed light on the topic by sharing their own struggles and experiences with addiction. 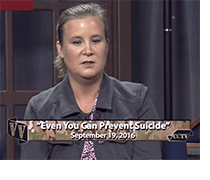 Even You Can Prevent Suicide, broadcast September 19th, 2016
This episode gives veterans and caregivers suggestions on how to approach a conversation around suicide if someone they know is hurting. Guests offer suggestions on discussion tools and community resources. 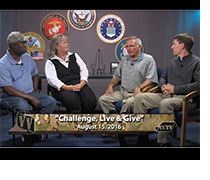 Challenge, Live and Give, broadcast August 15th, 2016
A highlight of events that challenge veterans, both physically and emotionally, as well as events that let the veteran give back and feel alive. 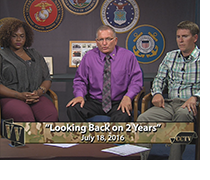 The Veterans' Voices celebrates its 2nd Anniversary! Join us as we talk about the impact the show has had in the veteran community and look back at some of our favorite stories, and moments.