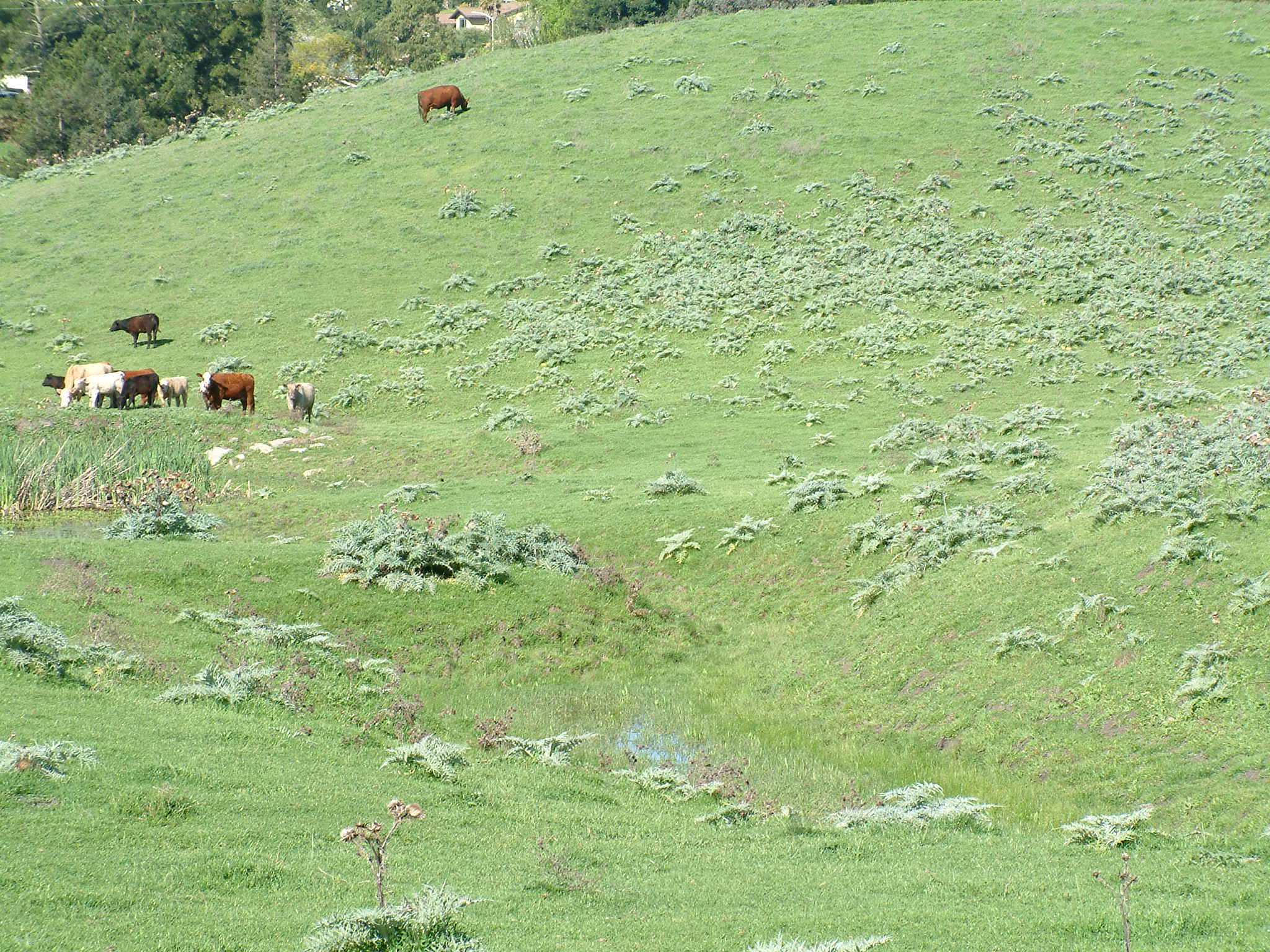 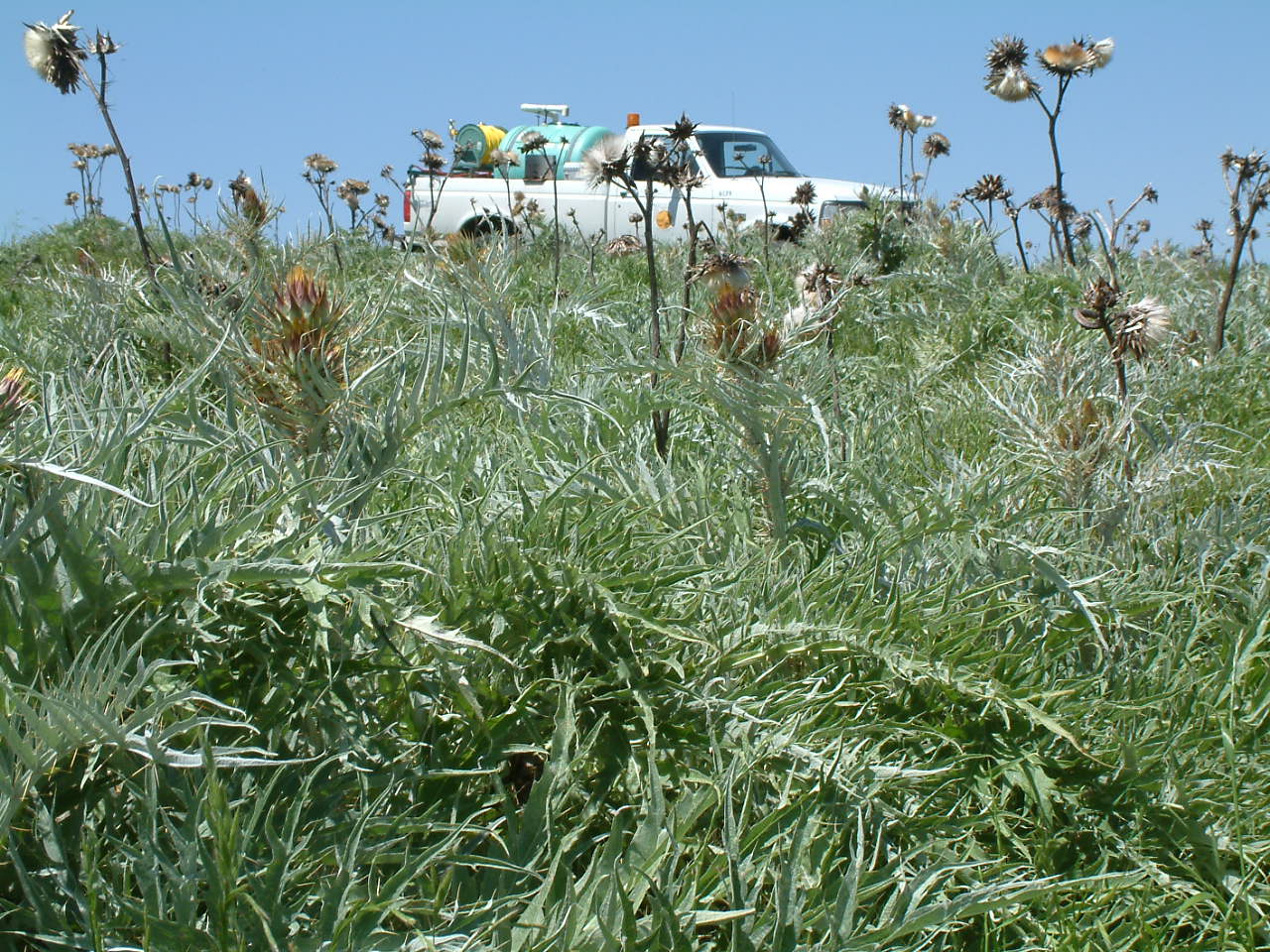 This California Department of Food and Agriculture (CDFA) "B" rated weed native to the Mediterranean has been invading California for many years. It causes serious issues in rangeland by reducing forage and limiting movement of livestock. A mature plant can produce thousands of seeds and reach heights over five feet tall. The leaves are large and choke out surrounding vegetation. It has a single large tap root that does little to hold soil in place. Artichoke thistle can be impossible to hike through and can displace native flora and fauna, thus altering the natural environment.

In 1979, the Department’s Noxious Weed Program began with the management of artichoke thistle. Contra Costa County was one of the most heavily infested counties in the state with 100,000 acres affected. The program began by spraying herbicide from helicopters and has progressed to spot treating with backpack sprayers. Some staff members have incorporated cutting seed heads and packing them out of the area for safe disposal. This species has been eliminated from many properties in the county, and populations on many others have been drastically reduced. Other properties, generally those that have been treated for only a few years, have suppressed, but still moderate to heavy, infestations.