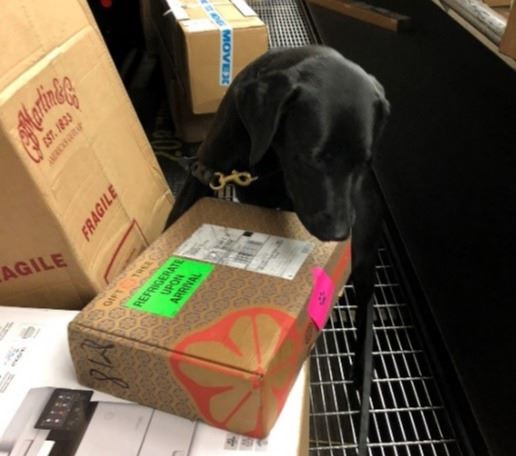 When potentially illegal agricultural products are sent to California in unmarked packages, the most effective way to find out whether they contain agricultural products is to employ a powerful nose. Contra Costa County has a detector dog and canine handler team intercepting packages at parcel delivery facilities like FedEx, UPS, and the post office. The dog is trained to scratch at parcels and alert its dog handler officer of any package th 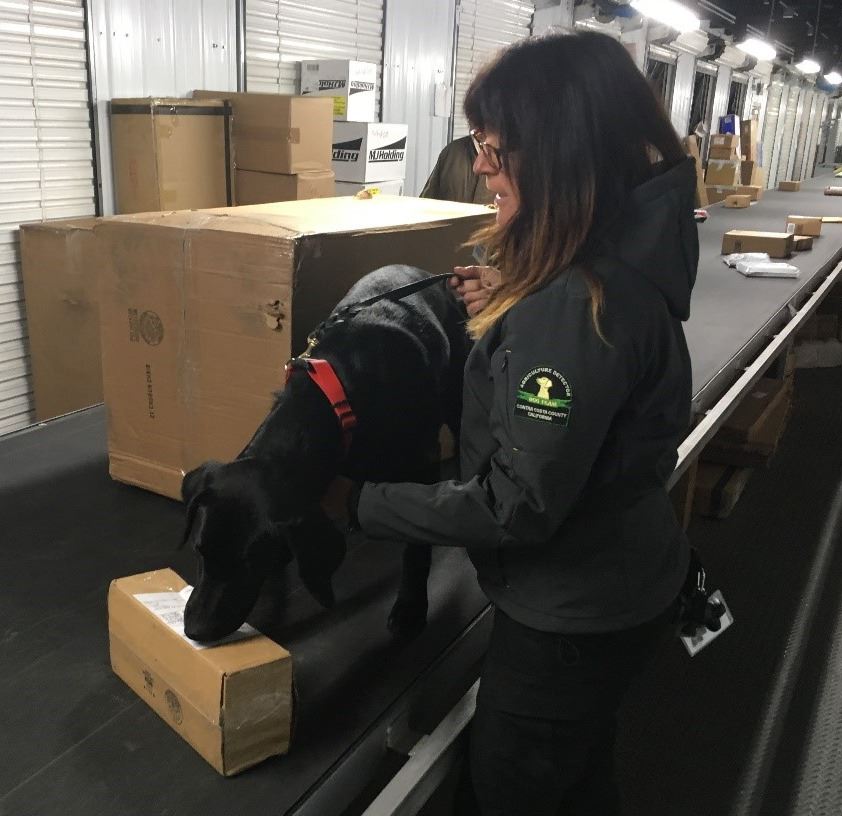 Major is a black Labrador who was adopted by the United States Department of Agriculture (USDA) from an animal shelter in Alabama when he was about a year old. Agricultural Biologist Simone and Major began working together in California parcel facilities in January 2018 after spending ten weeks together in intensive training at the National Dog Detector Training Center in Newnan, Georgia. They are one of the 12 dog teams in 9 counties doing this important work on behalf of the California Department of Food and Agriculture (CDFA). You can read more about California’s agricultural detector dog teams on the CDFA dog team website. 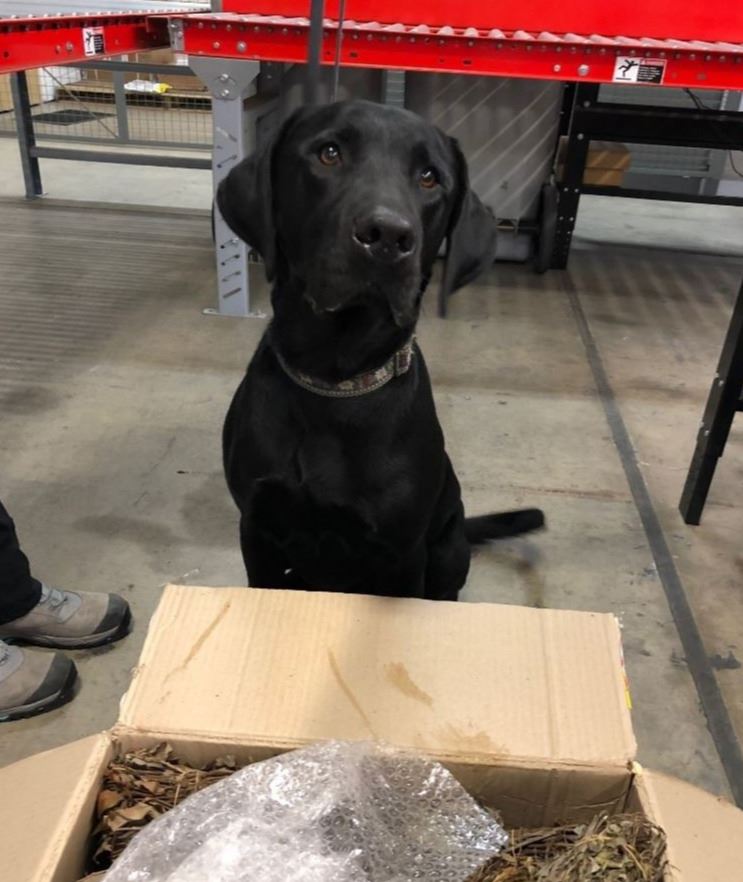 On November 4, 2019, detector dog Major and his handler Simone intercepted an international shipment from Laos at the DHL facility in Tracy. A small sticker on the outside of the package stated that the contents consisted of food and lotions. When the package was opened for closer inspection, 37 plant bundles of an unknown variety with dried meat packaged in the center of each bundle were found. Several insect pests were found infesting the bundles, and unknown seeds were observed.

The insects and seeds were sent to the CDFA Plant Pest and Disease Diagnostic Lab in Sacramento for identification. The insect pests were identified as two economically damaging pest species that are not found in California, as well as other lesser damaging pests. The dried meat in the package was given to U.S. Fish and Wildlife for identification and to determine if further action would be taken. Due to the origin of the shipment, the USDA’s Smuggling Interdiction and Trade Compliance (SITC) unit was also notified. Consequently, the package was rejected and destroyed.